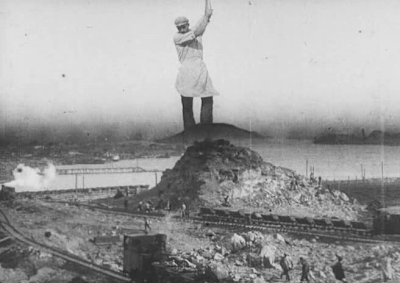 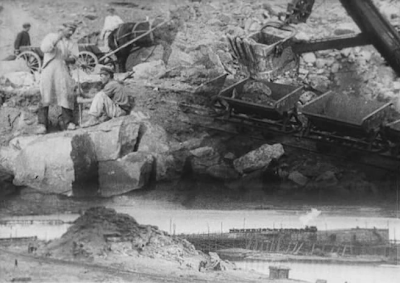 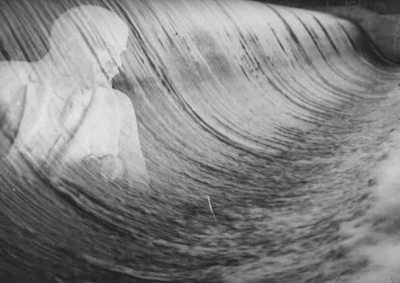 Question: Is it not true that certain shots in The Eleventh Year depend on symbolism?
D Vertov: No. We do not depend on symbolism. If it transpires that certain shots or montage phrases achieve, in the process of being perfected, the signficance of symbols, this does not make us panic and eject them from the film. We think that a symbolic film and shots constructed according to the principle of expediency but aquiring the significance of symbols are quite distinct concept.

Question: Why do you employ complex shots, cinephotomontage?
D Vertov: We resort to complex shots either in order to indicate simultaneity of action or to distnguish a detail from the general film image or to contrast two or more facts. Explanations asserting that this method is a stunt do not correspond to reality.

Question: Do you not think that the first few reels are better edited than the last?
D Vertov: In the last few days this question has been asked with particular frequency. The impression is deceptive. The first reel is obviously made on an easier level of visual perception. The fourth and fifth reels are constructed in a more complex manner. There is much greater montage ingenuity in them than in the first two: they look to the future of cinema more than the second and third reels do. I should say that the fourth and fifth reels stand in the same relationship to the first reels as a university does to a midle school. It is natural that more complex montage should force the audience to exercise more effort and should require particular concentration to be perceived.

Question: Was The Eleventh Year made without a script?
D Vertov: Yes, like all Cine-Eye films, it was made without a script. You are aware that our numerous opponents, speculating about our rejection of scripts, have tried to suggest that we are generally opposed to planned work.
Nonetheless, and despite these existing misconceptions, the Cine-Eyes devote more effort and attention to their preparatory plans than do those who work in played films. Before we start work we study our particular theme extremely carefully in all its manifestations, we study the literature on this particular question, we use every source available to ensure that we can represent the matter as clearly as possible. Before we start shooting we devise a thematic plan, an itinerary and a shooting diary. How do these differ from a script? By the fact that all this is a plan for the actions of a camera bringing a particular theme to life and not a plan to stage the same theme. What distinguishes a plan to shoot a real battle from a plan to stage a number of individual battle scenes? This is roughly the difference between a Cine-Eye plan and a script in fiction cinema.

Question: The last question concerns intertitles and many comrades put it like this: How do you explain the abundance of titles in A Sixth Part of the World and their lack in The Eleventh Year?
D Vertov: In A Sixth Part of the World we were dealing with the experiment of taking the titles beyond their parentheses by creating a specific 'word-theme' series. In The Eleventh Year the 'word-theme' has been eradicated and the meaning of the titles has been reduced practically to nothing. The film is constructed by interweaving film phrases without using titles. The titles in The Eleventh Year have almost no meaning. Which is better? The first experiment - or the second? I think that both experiments - both the creation of a 'word-theme' and its eradication - are equally important and have very great significance both for the Cine-Eyes and for the whole of Soviet cinema.
à(s) junho 13, 2011